One artist I recently discovered is AURORA. A friend of mine told me about her a while ago. He said that she had a beautiful voice and almost magical songs. Even though he said that and I thought it sounded  great, I kept forgetting to search her up and listen to some songs. That changed a few nights ago when I was studying for some tests. Normally I listen to film music during studying, this way I can focuss better. However this time I wanted to listen to something different but not the mainstream pop songs (which I’m not that big of a fan of)  and imediately AURORA came up in my mind. So I looked her up and listened to a few songs. Ever since then I can’t stop listening to her songs. They are so beautiful and extraordinary that it is almost as if they enchant you. 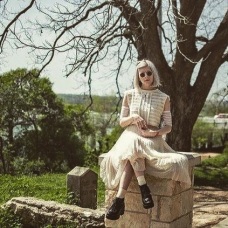 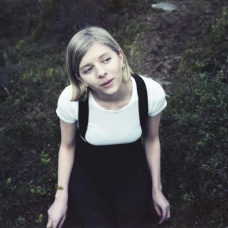 Aurora Aksnes is a twenty-year-old singer-songwriter from Norwey. She began writing songs at the age of nine. Her first track Puppet was released in December 2012, followed by her second, Awakening in May 2013. Aurora’s third single, murdersongs (5, 4, 3, 2, 1) was released in September 2015. Her debut album All My Demons Greeting Me as a Friend was eventually released on 11 March 2016 receiving generally positive reviews from critics. She is an authentic singer with a fairy kind of voice which fits perfectly with her name.

Personally, one of my favourite songs is through the eyes of a child. I love this song because it has a lovely message, which I can relate to.Her lyrics are not the everyday lines that you hear in the most pop songs  and make you wonder about all kinds of things in life. She finds inspiration for her songs in Nature and people. 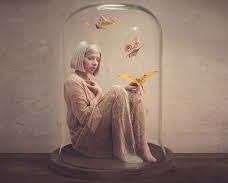 She’s is definitely one of my new music icons and inspires me to start writing songs again. If you haven’t heard of aurora yet, below are some songs you can listen to. I would especially recommend her if you are looking for some different music than the usual mainstream.

If you already know AURORA please let us know what you think of her music!